With the new day comes strength and new thoughts

The Socially Inspired Investor (SII) now focuses our new thoughts around post-pandemic investing. If the trend continues, as we see from the articles we have curated for you at the ESG In Focus section, then for the first time, investors may be liberated from the binary choice of deciding whether to do good, according to their values, or compromising their values for investment returns.

The current strong performance of ESG oriented investments has opened the eyes of many of the titans of the investment world including Morgan Stanley, Goldman Sachs, AllianceBernstein and others. CNBC is devoting significantly more segments to ESG investing and shareholders and consumers are demanding increased accountability on a myriad of social values. Of course, defining personal values is well…very personal. Racial injustice, diversity, preferences around energy sources, cannot be just lumped together and be relevant to everyone. In future SII issues we will look to create a framework on how to “customize” your ESG.

But there most certainly must be tradeoffs to consider as well. It might be that to achieve size and scale, society may have to become more comfortable with centralism, allowing for very large organizations (Amazon, Tesla, Zoom, Beyond Meat, et al) to lead the way. Of course, that could lead to the possibility of free trade manipulation, data misallocation and even enhanced cyber security exposure. Regulatory efforts clearly have not yet evolved. Becoming aware of the new risks ahead is critical as we better understand the new normal. Just something to keep in mind as we go on this journey together. We will also look to dedicate future SII editions to these risks.

The SII SPOTLIGHT ON and the SII PODCAST in this issue focus on a deep dive into the UNCDF activities and their partnership with Impact Shares, an ETF from Brookmont Management. This partnership offers an easy, affordable and accessible way for investors to invest in the ESG space, and in turn donate part of the management fees that they charge to the UNCDF. Esther Pan-Sloane, head of partnerships, policy and communications at the UNCDF and Ethan Powell Principal and CIO from Brookmont discuss their partnership. We also take a deeper look at UNCDF and Esther’s background in the SPOTLIGHT ON section as well.

You can find more information on Impact Shares at https://impactetfs.org/sdga-etf/.

For socially inspired investors, where investment returns are simply not enough, we hope we continue to inspire you and invite you to bring others along. Thank you for joining us on this journey. 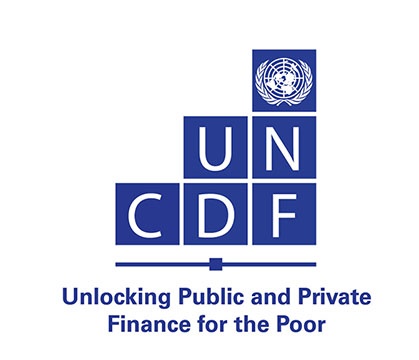 QUESTIONEsther, can you explain briefly what the UNCDF is, and what it’s designed to do?

ANSWEREPS: The United Nations Capital Development Fund is a UN aid agency that was founded in 1966 to fight poverty using finance. It focuses on the 47 poorest countries in the world which are known as the least developed countries and we work mainly in three areas:

ANSWERFinancial inclusion, which is about bringing individuals into the market by giving them access to savings or credit. For example, in many African countries we work to build savings groups for rural women where they each save a small amount of money and lock it in a box. Every week they pool their money, count it, and make loans to each other. Once they’ve done that for a year, we connect them through digital financial services to a bank. For these women who have never had assets before, suddenly they have a savings pot, credit, and they have a different stature in the community because they control assets. That’s one of the examples of what we would do in financial inclusion.

ANSWERIn that area, we also support private sector companies to create goods and services for the poor, to make sure that people at the bottom of the procurement have access to financial services. For example, we’ve worked in eight African countries with banks, to create digital wallets for poor youths to save money in very small amounts. Most of these banks did not think that was a viable profit-making scheme until they saw that in these eight countries, the young people saved 20 million dollars. That’s an example of how we show there is a market for serving the poor.

ANSWEROur second main area of work is local development finance which is about helping local government officials manage their public finances effectively, collect taxes and deliver services to their citizens. In this area we would do something like co-finance a bus station in a town in Tanzania that has a bus station that sends buses all around Africa. Before we helped build this project there was a muddy field and when it rained people would miss their buses and buses would get stuck. After the project was finished, there’s a nice paved area where the buses can pull in and people can find their buses in an orderly way.

ANSWERThe last area that we work in is innovative financial instruments. We make loans and guarantees to small businesses in least developed countries, to help them grow and prosper.

QUESTIONHow do you get the point across to individual investors from your standpoint that it makes sense to include investment vehicles in their overall strategy?

ANSWEREPS: Many investors are facing the questions, “How do I participate?”, “How do I support the issues that I care about?”, “How do I work to make a better world?”, and “What tools are at my disposal?”.

ANSWERI think many institutional investors are hearing pressure from their shareholders and participants about how their money is invested. The nurses’ union in Sweden for example, mandated that the investments made by that union had to support gender equality and many pension funds are hearing that around the world. People who support family offices are hearing it from the next generation of wealthy individuals, who are very committed to social causes and are looking now at the corpus of their funds and saying, “What can I do with my investments that also reflect my values?”. You are seeing foundations move in this direction as well with PRI investments and looking at how do they invest their endowments.

ANSWERIf you are an individual investor and you care about issues like gun control, minority empowerment, or women’s economic empowerment, this is a new way that you can make decisions with your investment funds that reflect your values. We know for example, that it’s hard for many people to feel like they are engaged with the UN, we are working in many countries around the world. You may not have a direct connection to a woman microfinance entrepreneur in Myanmar, but you could buy certain funds on the stock market, get a market return for your money and know that that fund is supporting our work – UNCDF’s work, directly in the poorest countries. It was a way for us to try to pilot a vehicle that would allow people to connect their investment funds, get a return because we know that’s important for investors and that it’s a fiduciary duty of many fund managers, but also to support social organizations that are working to make the world better.

QUESTIONA part of your job must be raising money, talking to the big people who have the money and convincing them, it must be a big part of it?

ANSWEREPS: As the UNCDF is a UN agency the main focus of my fundraising is with governments. We are funded by donations, by grants from governments and we have a  responsibility to use that tax money effectively. What we are trying to do with these new vehicles, like with this one with Impact Shares is to pilot new instruments that can use taxpayer dollars that we are receiving to catalyze or attract private sector dollars, to areas where they otherwise would not go and have achieved a sustainable development outcome. For example, our biggest donor at UNCDF is Sweden and Sweden has been very creative in their use of grant funding where they will allow us to use their grant money to make loans to small businesses. We are doing that at concessional rates that help small businesses survive but then when the businesses pay their loans back, which they do, we are allowed to keep the income to make new loans. It’s essentially a smart way to do philanthropy because you’re creating a self-regenerating source of finance.

QUESTIONWith the rise in interest in socially responsible investing in recent years do you think that the COVID-19 experience will actually speed up that trend a bit?

ANSWEREPS: I hope so and that’s been topic of discussion at the UN and in a lot of multilateral forums lately which is the clear evidence that societies that had stronger social safety systems have responded better to the COVID crisis. If you had a strong health network, good access to healthcare and a strong social safety net, businesses would not over-leverage. They had good access to reliable sources of finance and were able to withstand the shocks better. Even in this first stage where governments are really focusing on their response to the health crisis and trying to mitigate the health impacts, it’s very clear that the economic impacts that have come along with things like social distancing and shutdowns are hitting poor and less equal communities harder. And that will be doubly true of poor countries.

ANSWERI heard this morning there are 150,000 confirmed cases of COVID in all of Africa but that’s not because that’s how many cases there are, it’s because that’s their capacity to test. Once it becomes evident that you know that this disease has really hit, you are in societies where there is no reliable access to clean water, the food supply is disrupted, 80% of the economy works in the informal sector, there are weak social safety nets so imagine the health and economic pain we’re going through in the United States or a developing country and then magnify it by a thousand for a poor county.

ANSWERI think many investors and policymakers are realizing that the impacts of a crisis like this really show the effects of the policy choices we’ve made in the past. As societies have chosen to invest in certain aspects of our infrastructure or business cycles or access to public services at the expense of others and now we are seeing the impacts of that in some very negative ways. I think it will accelerate the move towards sustainable development investing or investments that are aligned with ESG principles because It is a terrific opportunity to build a better society, build back better. The fiscal stimulus that has been released now to deal with COVID could go into clean energy investments or water investments or technology of the future, that will really help us get on the right pathway to achieving both the sustainable development goals and the Paris Agreement. It also highlights that choices we’ve made in the past have really negative impacts.